Oakley Executive opened in the summer of 2013. Built on 11 acres with more than 170,000 square feet of canopy parking designed-built and engineered by baja Construction. The solar panels are the canopy’s rooftops. The fully paved facility offers angled spaces, 24-hour video surveillance, computerized gate access, a 14-foot perimeter wall, dump station, propane station, and on-site fire hydrants. Tenant amenities include Wi-Fi and use of a conference room and a bathroom with shower. The amenities and overall design make it a Class A facility, and a first-of-its-kind in the RV storage industry on the West Coast. 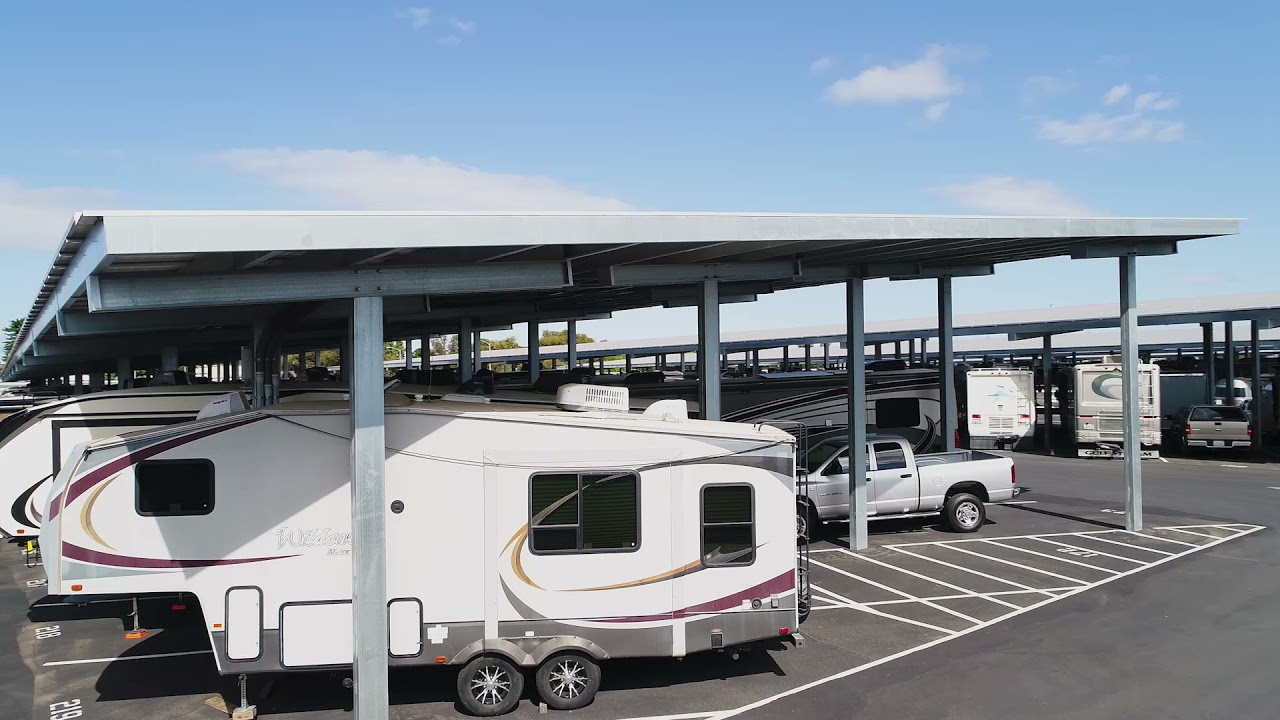 Oakley Executive’s owner and founder of baja Construction, Bob Hayworth, purchased, installed, owns and operates the solar [photovoltaic] system at his business location in Oakley, California. The system’s production created the extra cash flow and made his decision to expand “a no-brainer!” Mr. Hayworth added 67 more solar covered spaces, approximately 1 MW of electricity, to his existing 1.5 MW’s. This is more power than the business operation will ever use.

All the kilowatts produced are sold back to the utility on a 20-year fixed rate contract, called a Power Purchase Agreement (PPA) [time & rates differ per utility]. Utilities can offer a “Feed-in Tariff” a policy mechanism designed to accelerate investment in renewable energy technologies. The initial PPA created a bankable annuity used as income to secure financing. The power bought will be credited to California’s Renewable Portfolio, which requires that total procurement of power from eligible renewable-energy be at 33% by 2020. Today, the award-winning facility is a staple amongst its community and the Bay Area.

The revenue generated from the electricity’s Feed-in Tariff, thus far, have turned out to be far better than what Mr. Hayworth thought it would initially was going to be. His solar carport “rooftop” system is covering more than the recreational vehicles under them; it covers his debt service! The business was cash flowing in the first 18 days! The first check from PG&E was in the tens of thousands. Reality is the business was cash flow positive from day one of opening!